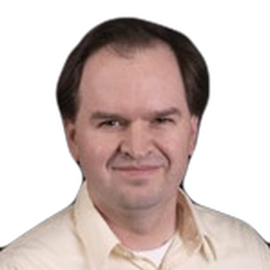 Chris Myers (Ph.D. in Electrical Engineering) is a Professor of Electrical and Computer Engineering at the University of Utah. He conducts research in design automation for asynchronous electronic circuits, analog/mixed-signal circuits, and genetic circuits for which he was named an IEEE Fellow in 2013. He has been working in the fields of systems and synthetic biology for more than 10 years which led to the development of the iBioSim software and the textbook Engineering Genetic Circuits. During this time, he has been heavily involved in standards, previously serving as an SBML editor and currently as a member of the SBOL advisory board.